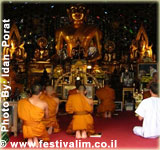 Phatthalung which is located in south Thailand holds, every year, a noisy colorful festival that combines religious tradition with folklore fiestas. In the center of the fiestas stands the traditional drum called Phon and his sound accompanies the traditional Buddhist parades.
Phon Lak Phra festival is held on the full moon of the 11th month according to the Thai Lunar calendar. The festival celebrates the ending of the Buddhist fast. According to local tradition, the believers carry the Buddha statues from the shrines to the river and back. Several parades are held.
In every parade drummers that represent one of the shrines in the city participate.
In addition to the colored parades, various culture events take place like; drumming contests between the shrines, dance shows, Buddha parades contests, water sports contests on Lampam lake, various exhibitions, etc…
For accommodations, check the most recommended hotels in Phatthalung and around, most of them suggest FREE CANCELLATION option or NO PREPAYMENT NEEDED – PAY AT THE PROPERTY:
Most recommended hotels
Lowest price hotels
Accommodations around Phatthalung:
Booking.com 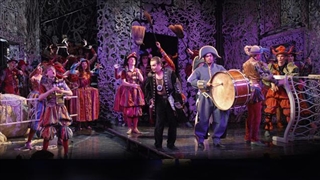 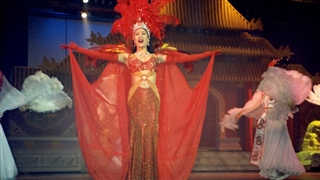 Dive the Buddha Image into the Water Festival 2023
PhetchabunThailand